Eye floaters are small pieces of debris that float in the back of your eye. This debris casts shadows onto the retina which gives you the image of something floating around in your vision, like a fly or wiggly line. In the past, the only option for removing floaters was a procedure called a vitrectomy. During a surgical vitrectomy, the physician uses a small cutting machine with suction attached to physically remove the jelly-like substance in the back of the eye called the vitreous. A surgical vitrectomy has significant risks of complications and is only recommended for rare, extremely debilitating floaters.

Also known as laser floater treatment or vitreolysis, LFT is a non-invasive procedure that can eliminate the visual disturbance caused by eye floaters. The goal of LFT is to achieve a "functional improvement". That is, to allow you to return to "normal" day-to-day activities without the  hindrance of floaters.

How does LFT work?

LFT involves the application of nanosecond pulses of laser light to evaporate the vitreous opacities and to sever the vitreous strands. During this process, the floater's collagen and hyaluronin molecules are converted into a gas. The end result is that the floater is removed and/or reduced in size. 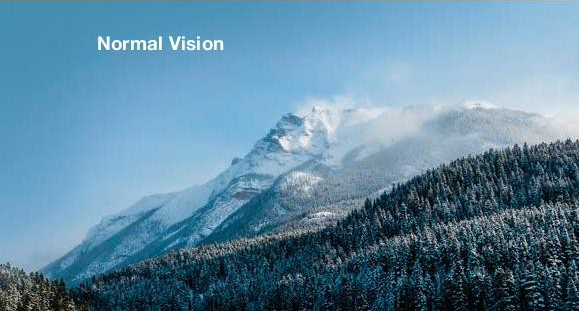 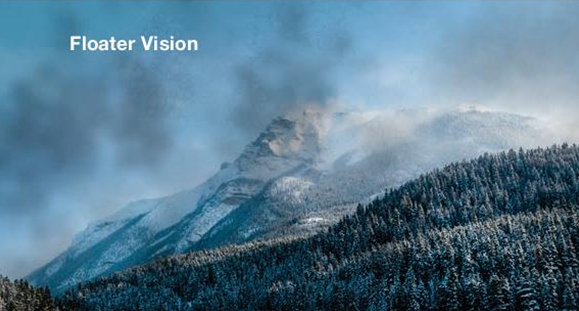 What happens during the procedure?

LFT is performed in the office. It is a safe, painless and relatively quick procedure. You will be given dilating and numbing eye drops, after which a special type of lens is placed on the front of you eye to help the doctor see your floaters. During treatment, you will see small spots sinking down in your vision. These spots are tiny gas bubbles that result from the floater being vaporized by the laser. These small bubbles go away on their own over a short period of time. Once the treatment is complete, your ophthalmologist will check your eyes to make sure everything is doing well and schedule a follow up exam.

Each treatment session typically takes about 5 to 10 minutes to perform. Most patients achieve a satisfactory reduction in their symptoms after a single session but some may require an extra treatment

Who will benefit from LFT?

To determine if you are a good candidate for LFT, a complete dilated eye exam must be performed. Not all floaters are able to be treated using LFT. The ideal patient for LFT is someone who has a single, large bothersome floater that came on suddenly.

It is necessary to undergo an ophthalmic examination to determine your eligibility for treatment with LFT.

Onset of Symptoms: if your floater symptoms develop very quickly then they may be caused by PVD, which can be treated with LFT.

Floater Characteristics: large floaters with a soft border, situated away from the retina, are ideally suited to treatment with LFT.

What is Degenerative Vitreous Syndrome?

The vitreous humor is the clear, jelly-like substance in the main chamber of the eye, located between the lens and the retina.

At a young age, the vitreous is perfectly transparent. Over time as the eye ages. this vitreous humor can degenerate, losing its form and liquefying. Without the stable vitreous humor, the collagen fibers collapse and bind together to form clumps and knots. It is these fibers, which cast shadows on the retina and appear as spots, strings, or cobwebs that are commonly referred to as "eye floaters."

In many cases as the eye ages further, the vitreous humor can peel away from the retina entirely. This is known as Posterior Vitreous Detachment (PVD). PVD is often associated with a sudden increase in the number of floaters.

What can I expect after treatment?

You may observe small, dark specks in your lower field of vision immediately following treatment, but these small gas bubbles will quickly dissolve. It is also important to note that some patients may experience mild discomfort, redness or temporarily blurred vision directly following treatment.

Find us on the map